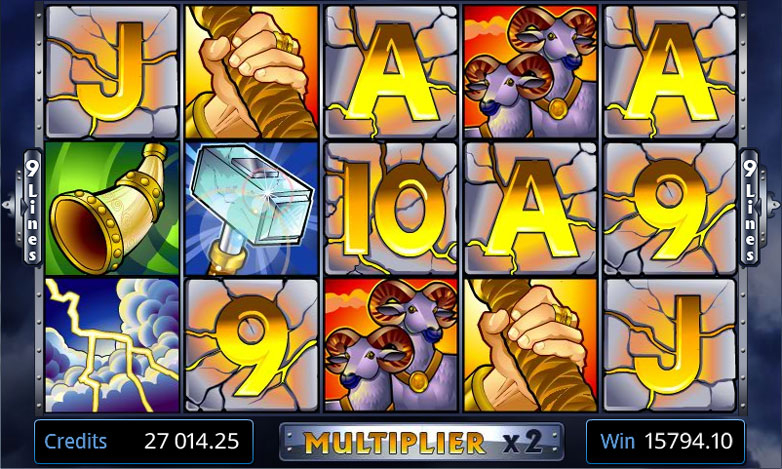 The powerful thunder god In the Thunderstruck slot machine game, Thor serves as the wild symbol. With the exception of the scatter symbol, this symbol can replace all other symbols, and it doubles the value of any combinations it is a part of.

Players have the option to risk their winnings at any time for the chance to double or quadruple them. Simply predict the colour of the face-down playing card (black or red) to double your wins; to quadruple your winnings, you must guess the suit (diamonds, hearts, clubs, spades). But if you get it incorrect, you'll forfeit the money you had gained. Of course, the gamble feature is fully voluntary; you never have to use it.

The Nordic gods are a topic in Thunderstruck. The graphics in this game are admittedly somewhat simple due to its age. The game's logo will appear in a dark red typeface as the slot loads. The Nordic deity Thor, who doesn't appear particularly heavenly and actually just looks like a regular man wearing a helmet, is visible behind this. At least he has a striking flowing blond beard.

The graphics in Thunderstruck are straightforward and vibrant overall. Although their familiar style can make you think of children's novels, we like the outcome. The straightforward design makes it easier to concentrate on the game, and the pleasing colours add greatly to its appeal. 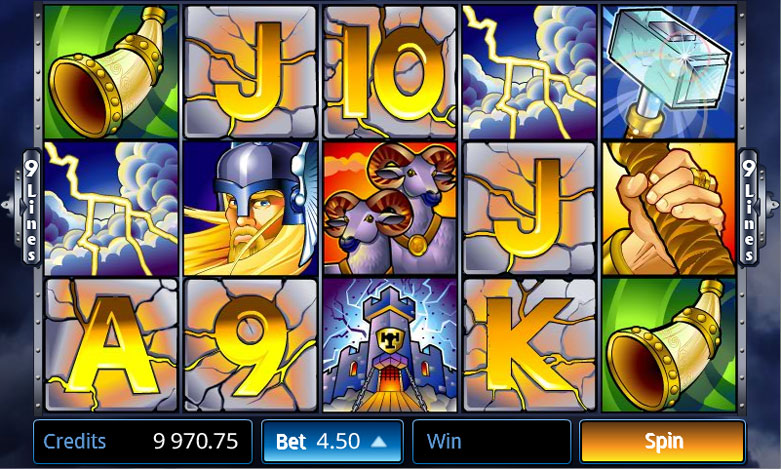 The simplicity of the Thunderstruck slot makes it ideal for a mobile slot game. Because of the modest size of phone and tablet devices compared to the large screen, the Thunderstruck slot on mobile does not suffer. On tablets like the iPad, the images and audio are especially appealing because they are just as clear and sharp as the online version. More significantly, it continues to play the same way, with the free spin bonus rounds appearing and awarding you with respectable payouts when you get one.

If the phrase ‘an oldie, but a goodie’ were to apply to a slot machine, then Thunderstruck would be it. Despite this slot being ancient in online slot terms, it’s still as fun to play as when it was first released. To play the Thunderstruck slot, sign up and play today at Spin Genie.