Age of the Gods Slot Review

Come help the gods in an exciting Ancient Greek Mythology themed slot here with Age of the Gods slot, it is played on a 5x3 reel with a fixed 20 paylines. Equipped with jam packed features that will surely get your attention and will keep you wanting to play more. Not only that this game can be easily played but also, this game offers surprisingly good bonuses such as unexpected powerful free spins and progressive jackpots.

Age Of The Gods Game Details

Age of the Gods Slot Features 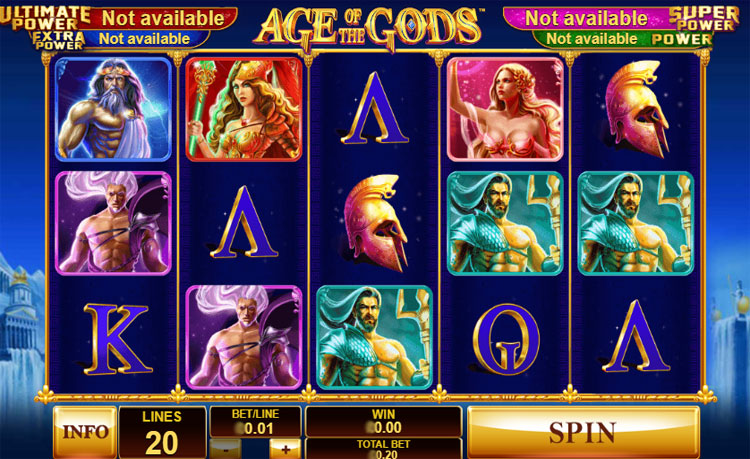 Age of the Gods shows a Return to Player rate of 95.02% and medium volatility. This game features Bonus games, triggering the free spins characterized by the greek gods. Second is the Progressive Jackpot Slots, this includes the following possible rewards: starting with Power Jackpots that gives credits to the tens, next with Extra Power that offers a prize in the hundreds, then with Super Power that presents a prize into the thousands of credits, and lastly with the Ultimate Power pushing the possible prize to the tens of thousands of credits.

The theme of the Age of the Gods slot revolves around Ancient Greek Mythology. This includes gods such as Heracles, Poseidon, Athena, Zeus, and Hades. The slot’s setting appears to be in Mount Olympus, where the gods are believed to reside.

Age of the Gods Free Spins 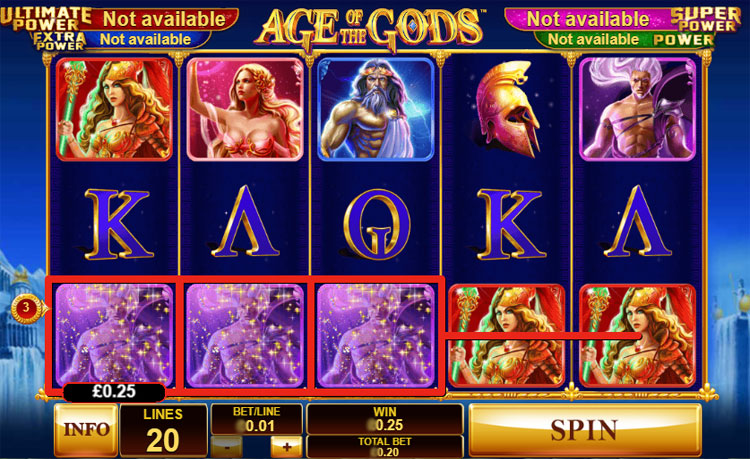 By landing 3 or more Age of the Gods game logo in a single spin, you are eligible to 9 free spins with potential multipliers that can be randomly selected amongst the 4 spins feautures represented by the following gods and goddesses with their respective potential wins:

Age of the Gods Slot on Mobile

This game is playable on all mobile devices as it was developed with HTML 5. Focusing much more with the vibes of the Ancient Greek methology, capturing the main theme with its incredible representation of the greek gods. As for its mobile model which have the graphics that is very vibrant and pleasing to the eyes similarly when playing on desktops and/or laptops. With that being said, Age of the Gods slot is very captivating to play with a direct to the point gameplay and pleasant overall look of the game.

Age of the Gods Review Summary

So get ready to feel the power of the gods! Just set your gaming budget and register to Age of the Gods on Spin Genie, playable on all mobile devices. Just keep in mind and make sure that you don’t play any more than your spending limit in your quest to unlock rewards.