What Is The Most Expensive Car In The World?

When it comes to the most expensive cars, a couple of companies come to mind for producing top-end cars that only the wealthiest people can afford: Bugatti, Aston Martin, Ferrari, Pagani, and Lamborghini.

Even people who are not car enthusiasts will have heard of these companies and the expensive supercars and sports cars they produce, offering their customers the rarest, fastest, most luxurious, and most expensive cars in the world.

Of all these luxury cars in the world, which ones crack the list of the top ten most expensive cars? All the car prices considered in this list are for new cars and do not consider cars sold at auction.

Read on to find out which cars are the most expensive in the world and how much you will have to pay if you want one for yourself!

Top 10 Most Expensive Cars In The World

Ready to get stuck in? Here is our top ten list of the most expensive cars in the world.

Rolls-Royce, once known for its luxury coaches, has re-entered the coachbuilding market with this luxury car.

The Boat Tail follows after the success of the Rolls-Royce Sweptail in 2017, which cost $12.8M. This car has a gorgeous two-tone exterior, with the highest quality finishes inside, and has been designed with luxury in mind - which the hosting suite can see in the vehicle, which includes a sun umbrella built into the car as well as a champagne fridge.

Rolls-Royce certainly lives up to its reputation for producing high-end cars with the Boat Tail, and yet again, they did not disappoint. Rolls-Royce did not publicly announce their Boat Tail's price, with experts speculating its price.

The Best Cities in Canada to Enjoy a Luxury Getaway

The Bugatti La Voiture Noire is a loving nod towards Jean Bugatti's Type 57 SC Atlantic (his own personal car), with the same 8-liter W16 quad-turbo engine as the Bugatti Chiron Super Sport, which delivers 1,500 horsepower and 1,180 lb-ft of torque. This is not a car to be messed with!

This luxury vehicle delivers comfort, style, and looks with a price tag of $18.7 million after taxes. It has six exhaust tips, a radical new wheel design for the front and rear wheels, a light-up badge at the back that highlights Bugatti, and a bespoke exterior.

For those looking to stand out from the crowd with an aesthetically pleasing, fast, and technologically advanced car, this Bugatti is the way to go. 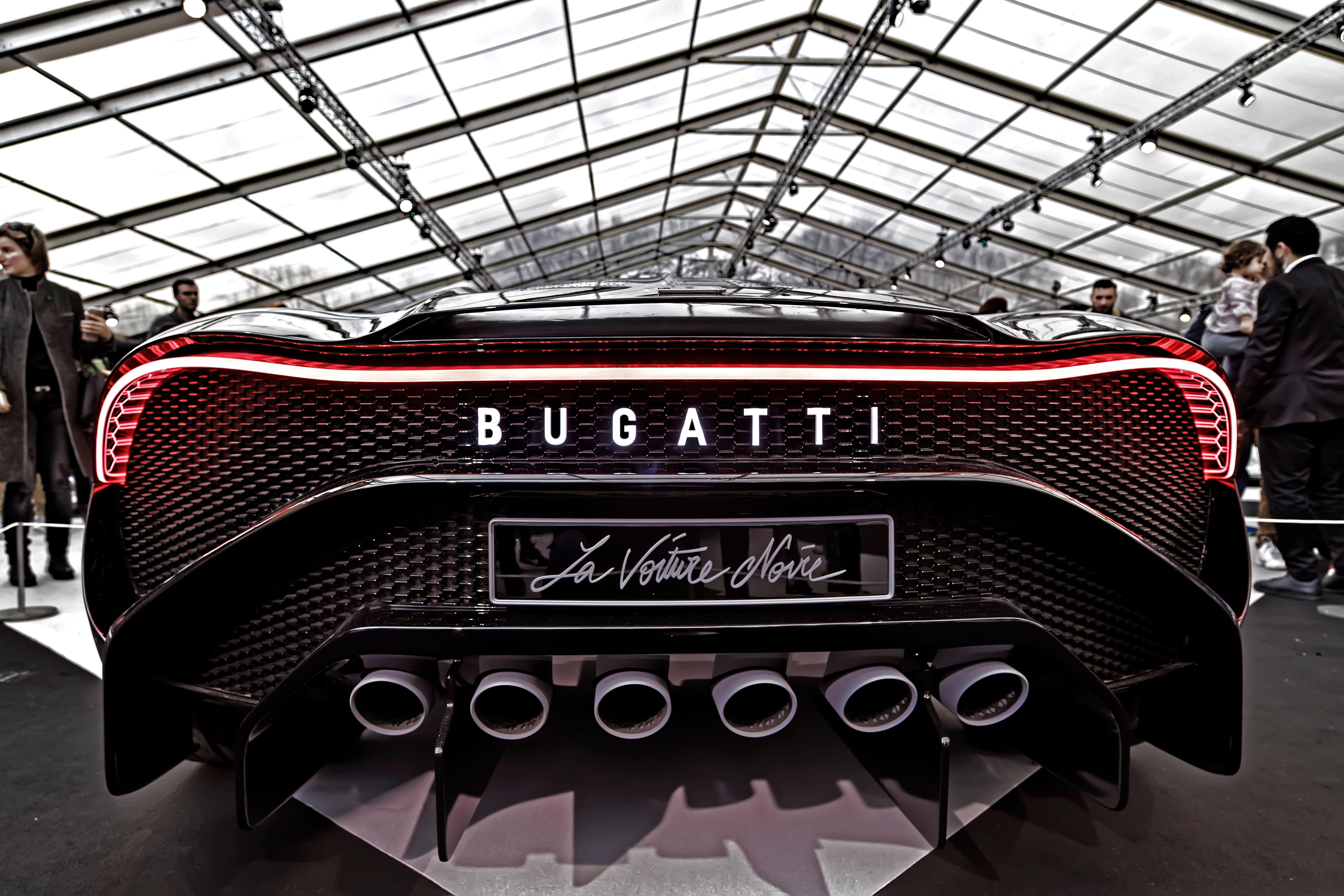 Coming in as the third most expensive car is the Mercedes-Benz Maybach Exelero. This one-of-a-kind car first came on the scene in 2004 after it was commissioned by a subsidiary of Goodyear, Fulda, to test its latest tire offering.

The Exelero uses the much-loved Maybach chassis (named after the company's founders) with the same Maybach V12 engine that produces 690 horsepower and 752 ft-lb of torque.

This fast car has been designed with aerodynamics in mind, despite its heavy weight (5,864 lbs). Compared to other luxury concept cars, the Maybach Exelero is one of the fastest, reaching a top speed of 351 km/h and 100 km/h in only 4.4 seconds.

Considering the price tag of this 2004 supercar (which was $8 million), it can be adjusted for inflation to be just over $10 million today.

12 Most Expensive Neighborhoods In Edmonton, CA

The Bugatti Centodieci, priced just under $9 million when purchased new, will have you turning heads wherever you go if you can get your hands on one!

What makes this car extra special is that it is a limited edition mid-engine sports car, with only ten ("dieci" means ten in Italian) cars produced (in addition to the test cars), so you definitely do not have to worry about seeing another Centodieci on the road.

The name Centodieci not only refers to the ten cars produced but also commemorates Bugatti's 110th anniversary - Centodieci literally translates to "hundred-ten"!

This car has an unconventional exterior that the historical EB110 model has inspired. It has a wedge-shaped exterior and boasts the W16 engine under the hood, updating the EB110 to modern times.

The Centodieci is more than just a car - it is a drivable piece of modern art.

What is the Most Expensive Gaming PC you can Build or Buy?

The Bugatti Divo is designed for speed. This mid-engine car has been designed for the track, as it is lighter than its Chiron cousin by 77 pounds. The Divo is more expensive than the Chiron, but it also has a lot more power!

This model has been updated with lighter wheels, carbon fiber structures and also allows more sound inside the cabin to give you the real racecar experience.

Despite having the same engine as the Chiron, which delivers 1,500 horsepower, the Divo is aerodynamically different, allowing it to reach much higher speeds.

If you are looking for your dream car on and off the track, then this expensive vehicle is the right choice for you. And you won't have to worry about seeing other Divos on the road - Bugatti is only producing 40 of these, making them some of the most expensive production cars in the world. 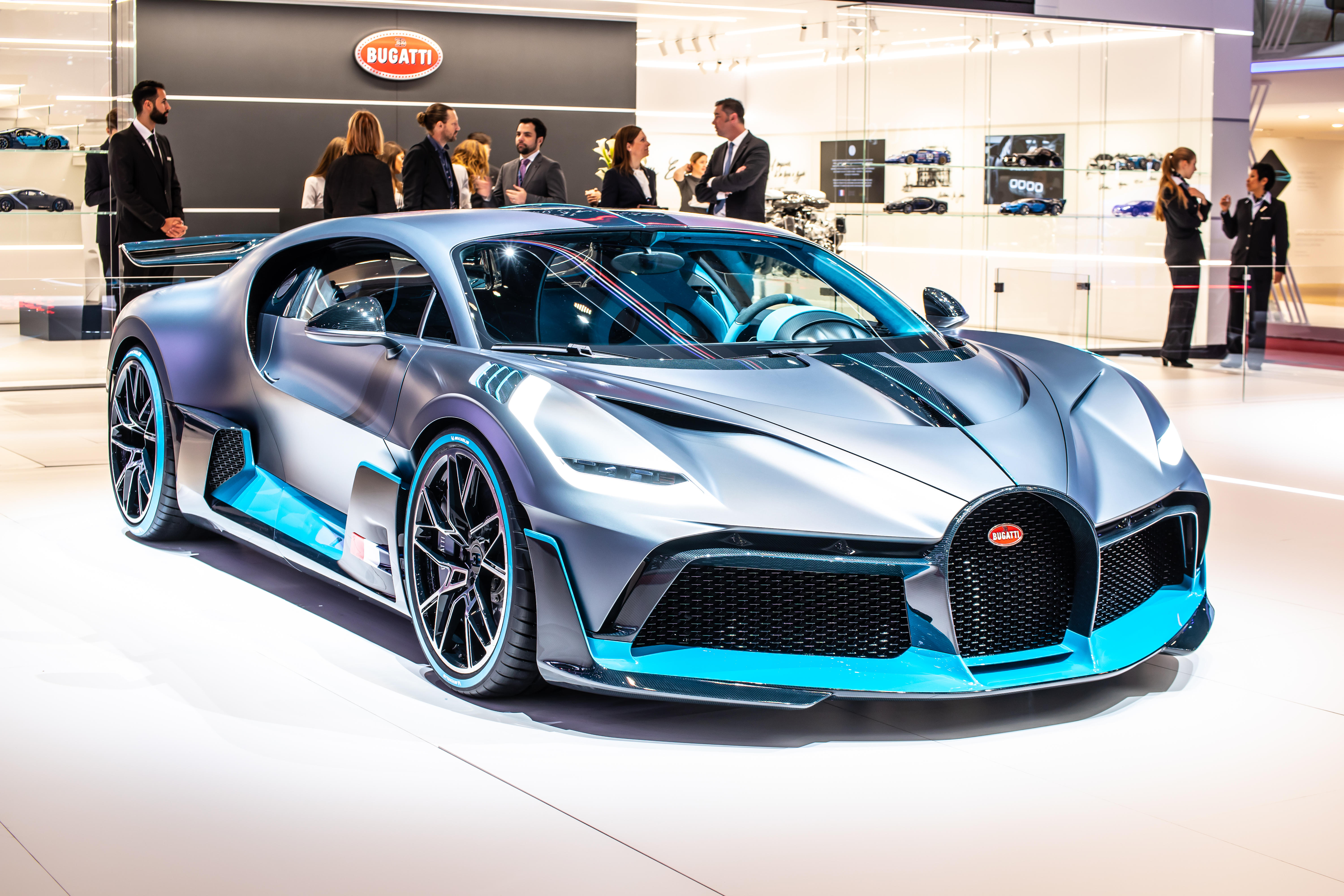 The Lamborghini Veneno is a beautiful car, and the best part is that there are only 14 Veneno cars in the world, making it one of the most exclusive cars out there.

This high-performance supercar is available as either a convertible or a coupe, so you can customize your car's aesthetic to suit your needs.

This sportscar uses the same engine as the Aventador - a 6.5-liter V12 engine that delivers 740 horsepower and 609 Newton-meters of torque. It is fast, really fast, and reaches 96 km/h within 2.9 seconds.

The Veneno takes the crown as the most expensive Lamborgini to have ever been produced. 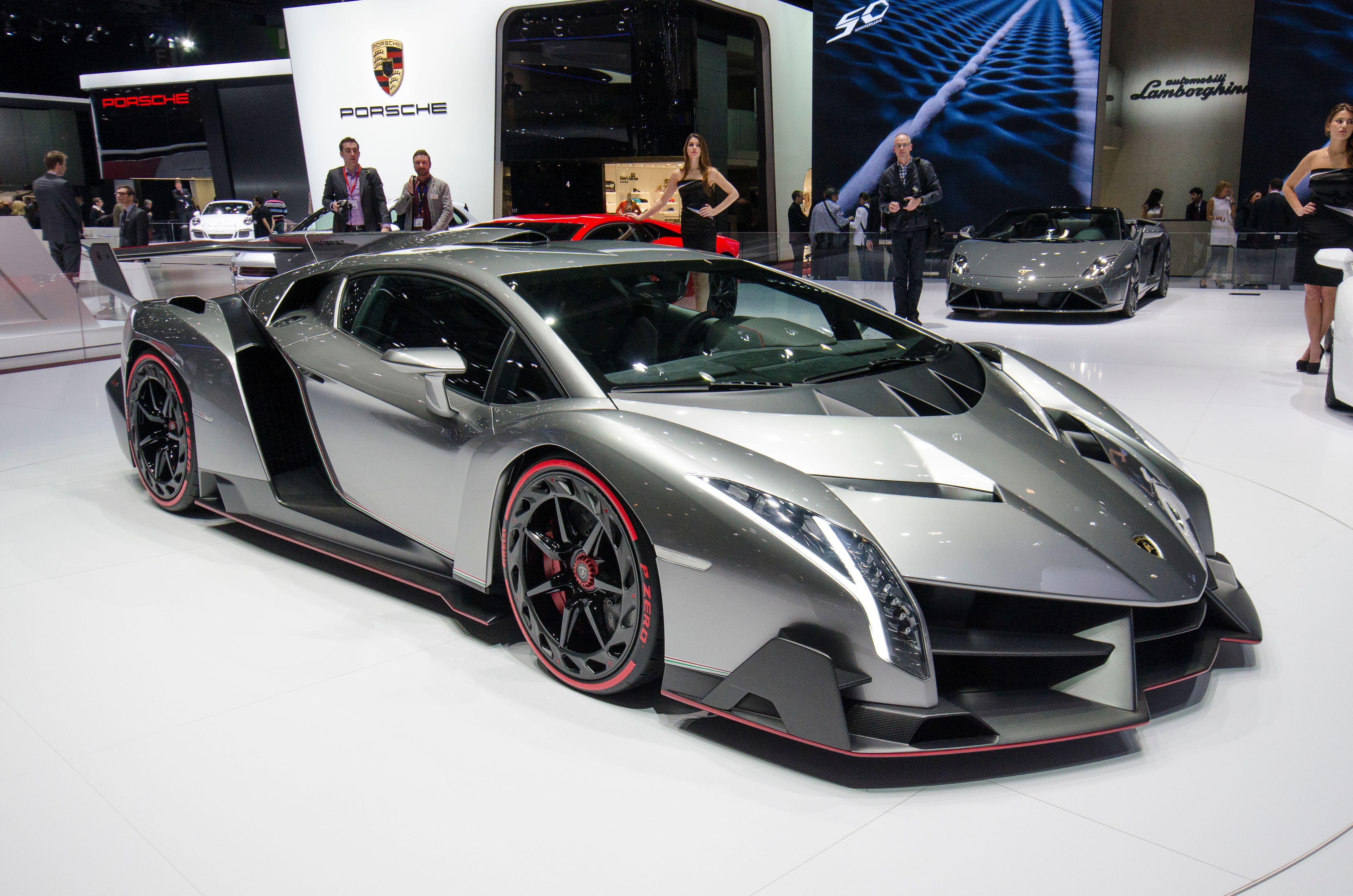 The Bugatti Chiron already has many fans worldwide. Still, even the most avid Bugatti supporters were shocked and enthralled when Bugatti announced that a modified Chiron had sped past the 480 km/h mark.

To commemorate this historic event, Bugatti released the Chiron Super Sport 300+, a limited edition road car. Only 30 of these cars have been produced.

The latest version of the Chiron is a gorgeous car with sleek lines and a stripe motif.

Fans of the Chiron are also eagerly anticipating the release of a limited edition hybrid supercar from Bugatti. While many expect to see a fully electric car from this producer, the planned hybrid will have to do for now.

Which Are The Most Expensive Cars To Insure In Ontario?

The Lamborghini Sian is paving the way for the future of Lamborghini and is the first car from this brand that contains electric motors. The Sian is based on the Aventador but has a 48-volt hybrid engine under the hood.

Despite this mild-hybrid engine, it is one of the most powerful Lamborghinis to date, with an output of 819 horsepower.

Those with keen eyes will notice the number "63" on the back wing of the Sian. This number confirms that Lamborghini will only produce 63 Sian cars. 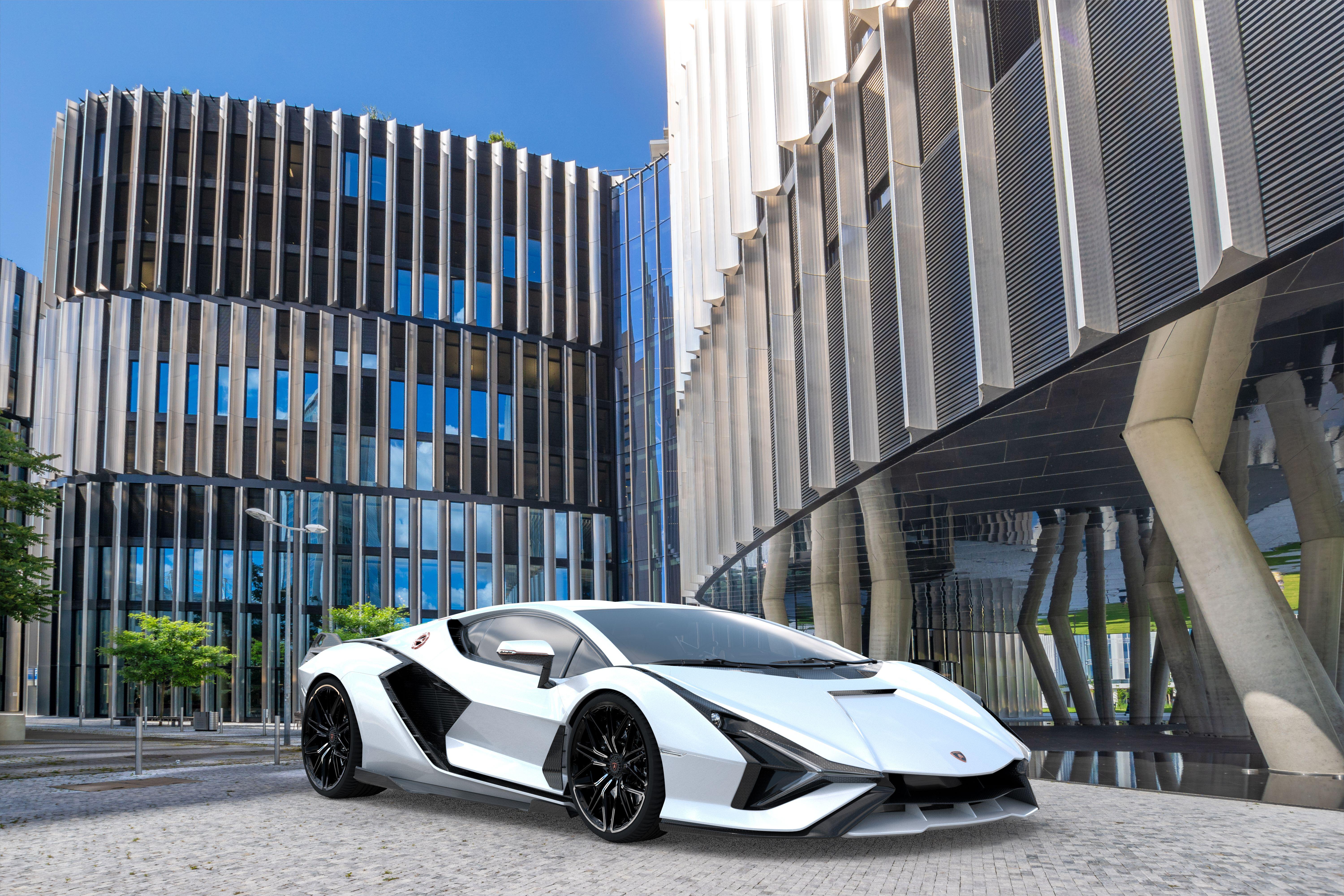 At the Geneva Motor Show, only one car grabbed everyone's attention: The Bugatti Chiron Pur Sport.

This model is a special edition Bugatti Chiron that weighs less than the Chiron despite being more or less the same car, is more aerodynamic to increase speed, and has better power distribution. The same W16 engine can be found under the hood of the car, but the Chiron Pur Sport has an automatic transmission for easy, smooth driving.

The Pur Sport has a similar output as the Chiron, at 1,500 horsepower, but the larger rear wing and aerodynamics of this car will make you stand out wherever you go.

What Is The Most Expensive Thing In The World?

The Huayra Roadster BC was meant to happen after the success of the Pagani Huayra BC. Although this is a roadster, it still packs a punch.

This convertible, expensive sports car has an output of 800 horsepower and 774 lb-ft of torque. The convertible version has 50 horsepower more than the similar coupe and has a Mercedes-AMG-powered V12 6.0-liter turbocharged engine under the hood.

The Pagani Huayra Roadster BC is not only fun to drive and a beauty to look at but also an incredibly rare car. Only 40 units have been produced, each costing $3.5 million purchased new.

11 Most Expensive Restaurants In Toronto You Should Try

There are so many amazing, luxurious, expensive cars in the world that we want to mention some additional cars that did not make the top ten list but still deserve acknowledgment. The cars below are some of the rarest cars out there and are mostly used for racing and not driving on the road.

So, Now You Know the Most Expensive Car in the World!

Unique and exclusive cars from some of the top car brands can be found across the globe in limited numbers. These expensive cars are worth the price, with gorgeous designs, amazing interiors, and plenty of power!

All of the cars on our top ten list are limited, with only a few units produced, making them a target for only the most affluent people out there.

There is no doubt about it; when you have one of these luxury cars, you will be the envy of everyone on the road.

12 Most Expensive Cities In The World: Revealed

What is the number one most expensive car in the world?

As Rolls-Royce did not announce the price of the Rolls-Royce Boat Tail, and experts are only estimating its price to be around $28 million, the Bugatti La Voiture Noire is officially the world's most expensive car, valued at $18.7 million after taxes.

What is the most valuable car brand in the world?

As of 2022, Tesla is the world's most valuable vehicle brand. Tesla has an estimated value of $75.9 billion. The previous leader, Toyota, is next on the list, followed by Mercedes-Benz.

What is the most expensive hybrid car in the world?

The world's most expensive hybrid in 2022 is the Ferrari LaFerrari. This car is priced at $1.4 million, but the most shocking aspect about this vehicle is not the price but rather that Ferrari decided to produce a hybrid vehicle!

Which electric car is the most expensive in the world?

The most expensive electric car in the world is the 2022 Porche Taycan, with an average market price of $87,957. This four-seater vehicle has six variations, with the most popular being the 4S AWD model, which starts at $105,150. As of yet, this is the only electric vehicle produced by Porche.

What is the fastest production car in the world?

The SSC Tuatara is the fastest road-legal car in the world, reaching a certified two-way average speed of 508 km/h.

Try your luck playing with Spin Genie, and you could see yourself owning one of the most expensive cars in the world!

From a Rolls-Royce Boat Tail to a Bugatti La Voiture Noire, which car would you choose?

What Are The Most Expensive Cities In Canada?

Most Expensive Cities In The World